Has Google lost its credibility? Google has been held up as the darling of corporate culture and employee engagement during the last five years, often to the point of annoying corporate leaders who can't install slides, fancy phone pods, and free cafeterias for their employees. Sure, they love their people as much as Google does, but without emulating Google, they felt like amateurs when it comes to employee engagement.

My company does not emphasize employee engagement over other stakeholders for that reason, among others.

Google, with their generous free time for brainstorming, time off for volunteering, on-site hair salon and daycare, attracted the best and brightest technically savvy employees as it grew. Now, the culture is different. They still have the premier perks, but they have been losing talented people.

Apparently their emphasis on employee engagement has veered.

Was it overshadowed by emphasizing customers and customer service instead? According to agency investigations, no. 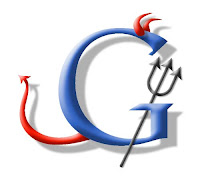 US and international agencies have been investigating Google for installing cookies on some customers' computers and phones, even when customers set the devices to block cookies. The Wall Street Journal contacted Google about the practice last month and reports that Google has now stopped it. (SOURCE:  Google in New Privacy Probes, Wall Street Journal, March 15, 2012)

Has the advertising dollar taken over? Google is trading up at the moment, but unless it aligns its focus on all stakeholders instead of just one, investors, the stock will not remain where it is over the long-term.

Posted by Kelly Tyler Byrnes at 8:14 AM