The slippery slope from confidence to arrogance 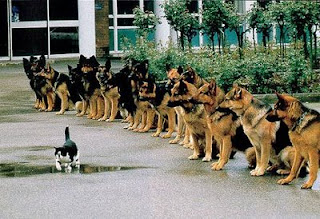 There is a fine line between confidence and arrogance. The topic has been on my mind, and I wasn’t sure where to draw the line, so I briefly researched and asked a dozen people for their perspectives.

According to dictionaries and different people, the difference between confidence and arrogance has to do with how one views others.


Confident people believe in themselves. They know they are competent, and their belief is not dependent on others. They may enjoy feedback and recognition, but they do not require it in order to feel good about themselves.


Arrogant people’s confidence depends on others’ weaknesses. They even point out others’ errors and faults to make themselves appear better. One colleague said, “Arrogant people only feel smart if someone else feels stupid.”


The tricky part about confidence and arrogance is that the line is so thin between them, it makes for a slippery slope. Confidence often turns in to arrogance after success.


Each article I read about arrogance described it as a cover for insecurity. Isn’t that interesting? The very thing arrogant people despise, weakness or insecurity, is what they are covering by putting others down to prop themselves up.


One of the most highly regarded experts on arrogance is University of Akron Dean Stanley Silverman who spent four years working with a research team to quantify arrogance.

"Here's what happens," Silverman said. "I'm worried that other people are going to realize that I'm not very competent at my job, so I'm going to put other people down, criticize others and belittle my employees because somehow I think I'm going to look better that way. If I put down everybody around me, it makes my candle shine a little brighter." (SOURCE: www.cleveland.com)


The following eight behaviors are how arrogant people make their candle shine brighter:


3.     One-up others. Arrogant people have the best of the best and worst of the worst of whatever experience is being discussed. They have the best book published, the worst cold the doctor has ever seen, the best behaved child, the worst boss. They did the biggest project with the most difficult client for the most money ever. Confident people don’t need to brag. They let their work speak for itself.


4.     Have an answer for everything. Arrogant people will rarely say, “I don’t know but will find out.”


5.     Interrupt frequently because they are not really listening.


6.     Avoid eye contact because they don’t care about others unless they need something from the person.


7.     Arrive late to meetings because their time is more valuable than everyone else’s.


8.     Blame others for errors or low performance. It’s never their fault the team is struggling.
What other behaviors do you attribute to arrogance? The more we know, the better able we will be to ensure we are not sliding down that slope.


1.     Recognizing our own arrogant behavior can help improve our relationships with our colleagues. The following eight suggestions also can help if you have to work with arrogant people:


2.     Point at them and declare, “I know why you’re so arrogant: because you are weak!” in your best eight-year-old nah-nah-nah voice. Just kidding—don’t confront them. They will see it as a compliment and it will just waste your time.


3.     Build your own confidence so you do not have time to give attention to negative people.


4.     Spend free time with positive people who do not diminish your accomplishments or try to impress you. Minimize the time you spend with the arrogant person.


5.     Admire and recognize the accomplishments of others. When the arrogant person sees you acknowledge someone else, he might alter his behavior in his quest for approval.


6.     Keep secrets to yourself. Anything you tell an arrogant person could end up as fodder for her own esteem-boosting if she resorts to putting you down to pull herself up.


7.     Do not badmouth the arrogant colleague. Some people actually believe any press is good press. Also, gossiping can lead to wasting too much time on a topic not worth it.


8.     Include others in your conversations with the arrogant person. “Russell, we have heard your view. Now it is time to hear from Sally.”


9.     Most importantly, realize their arrogance is not about you.


What else have you done to work successfully with arrogant people?


Since this topic has been on my mind, I asked a group of business professionals recently how many of them have ever worked with an arrogant colleague. Every hand raised high. When I asked if they were the arrogant person, all hands went down.


"If you're being arrogant, you're going to derail your own career," said Stanley Silverman, an organizational and industrial psychologist. "It's just a matter of when. Nobody is irreplaceable."  Even when an arrogant person is more skilled, the confident person will win out because they can work better with others internally and externally.


When it comes down to it, performance matters. No one will work their hardest for someone who puts them down or tries to make them feel inferior. The good news is that if you’ve begun the slippery slope from confidence to arrogance, you can get back on track and salvage your reputation.