Social networking is as simple as donuts and pie

As a lifelong social butterfly, I love social networking as a way to interact with even more people than I ever imagined. My favorites are Facebook, Linked In, and Twitter, but there are many other methods utilized by very successful people in a variety of fields.

There are so many social media sites to choose from, it can be confusing. The photographic description of popular social media channels shows each one as it relates to donuts. 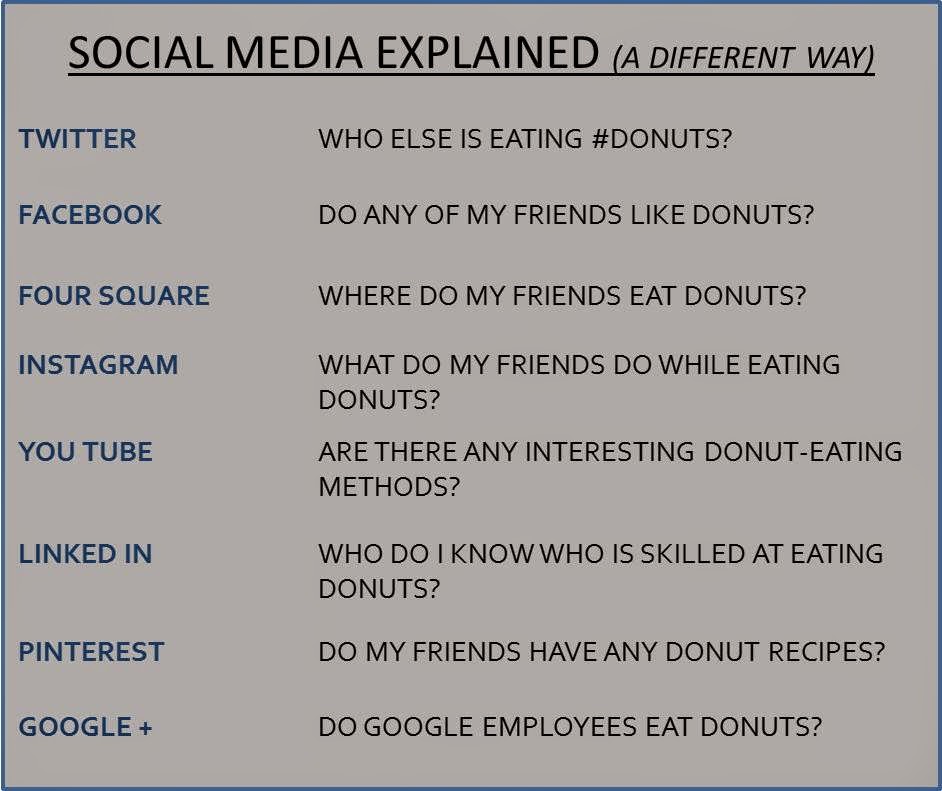 Social networking has evolved further than the donut analogy shows.

It is becoming passé to use social networking to talk about oneself all the time. I love Facebook because I like to know what my friends and long-lost chums are up to, not because I need them to know all about me. On Linked In, I like being connected with experts from a variety of fields because it makes me resourceful. As for Twitter, I like knowing what others are eager to share.

My view of social media is more like the chart on the right, which is less about me and more about others. After all, they are much more interesting!

Social should mean two-way communication; however, advertising traditionalists used to one-way self-promotion are still learning how to capitalize on the interactive opportunities in today’s social networking.

A terrific example of the current use of social networking was exhibited by CNBC, the cable business news television channel. On Tuesday evenings, CNBC shows reruns of another channel’s popular business show, Shark Tank. After two episodes of Shark Tank, CNBC airs one of its own shows, The Profit. I am a big fan of both shows and, as some of you know, I tweet about them on Tuesday nights. 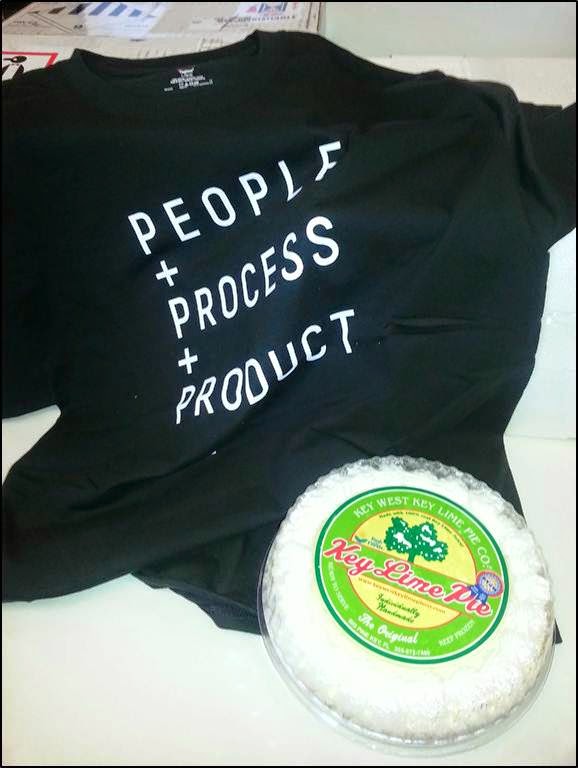 Two weeks ago, CNBC sent me a direct message via Twitter saying they wanted to thank me with a gift for watching The Profit.  Since they had just aired an episode about a candy store and had a bakery episode coming up, I sent my work address right away.

A week later, a pie arrived! The package contained a key lime pie, show t-shirt, and thank you note.

It was yummy! Several of our colleagues enjoyed a slice of pie sent to thank me just for doing what I liked doing anyway. I call that winning, don’t you?

You might have been turned off by social networking, but it’s not your teenager’s network any more. Maybe you got sick of people posting pics of every meal on Facebook, or of every move their kids make, but it’s not used like that by most people any more. Now, you can great groups to include or exclude people who still post that way. Maybe you are introverted and prefer to interact only with a small group of close friends, family, and colleagues.


People who think their customers aren’t on social networks or who think social media is a waste of time are dinosaurs. Real relationships begin and build via social channels every day. Social networking is evolving, and people, companies, and causes need to stay updated or they will miss out. It is as simple as that.
Posted by Kelly Tyler Byrnes at 9:54 PM