The eye of the beholder 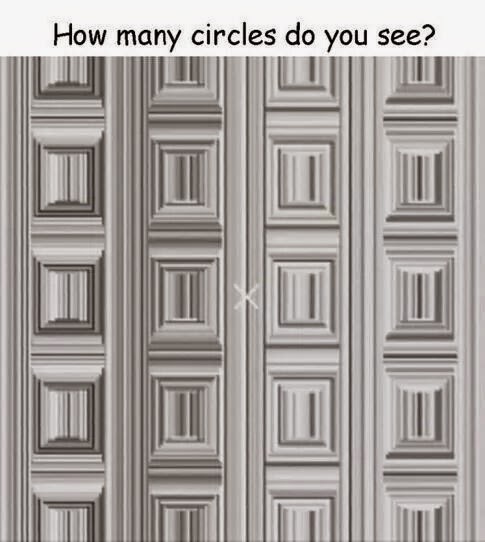 How many circles do you see in the photo?


At first glance, it might appear as if there are no circles, prompting some colleagues to think it’s a trick question.
Look again. There are at least sixteen circles.


Anyone see more than sixteen?
It is not a trick, but sometimes what is obvious to some is hidden from others. But, if we keep trying, we can see more than what is perhaps right in front of us.


When I was a kid, we made a banner for school that said, “Bloom where you are planted.” When I went to college, my mom gave me that same saying on a small cross-stitch canvas she made. Today, the same gift hangs in my kitchen as a reminder to look for more than the obvious. It also reminds me of the importance of blooming no matter what the circumstances.
When you choose to look at things in more than one way, instead of just the first way, you will see more. The perspective makes better decisions, attitudes, and behaviors possible. 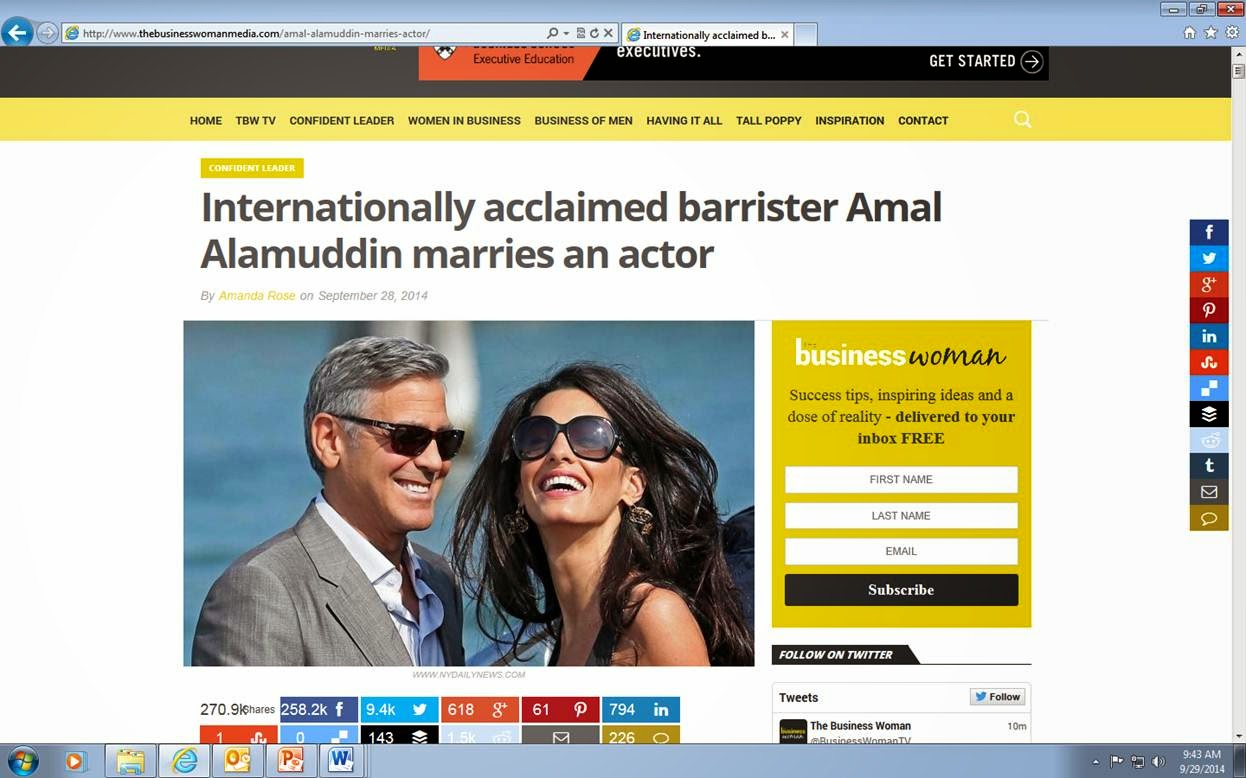 Here’s another example of perspective: While every media outlet described self-proclaimed bachelor George Clooney’s wedding to an attorney over the weekend, the headline of a woman’s professional site reads, “Internationally acclaimed barrister Amal Alamuddin marries an actor.”


Life is all in the eye of the beholder.

Posted by Kelly Tyler Byrnes at 10:09 AM No comments: Last night my family and I went to Blue Man Group at Starlight in Kansas City. What an outrageous assault on the senses! I kept thinking, "What is this?" It's not a concert or a magic show or circus…it is all of those and more.


Really? Who thought of that? How would the conversation go when they tried to gain support? Something like this, perhaps:
“Hey, Clyde, I have this idea for three blue men who perform stunts without talking…”
“Um, yeah, Bonnie, that would never work. Go schedule Kenny G.”
Someone came up with the idea and someone encouraged it.
According to a 2012 Fortune article, an average of 60,000 people a week attend Blue Man Group performances in six cities around the world — not including the touring shows — at an average ticket price of $59, or roughly $3.54 million in revenue a week from sellouts.
What do you think about that? Isn’t that remarkable, considering how hard it is to get people to think outside the box and be creative?
It makes me wonder what if we’re missing in our daily jobs. What if the writers of Blue Man Group came to your workplace? How would they view your organization? As more companies encourage more innovation, let’s get in the habit of thinking about Blue Man Group.
WWBMGD? What Would Blue Man Group Do? 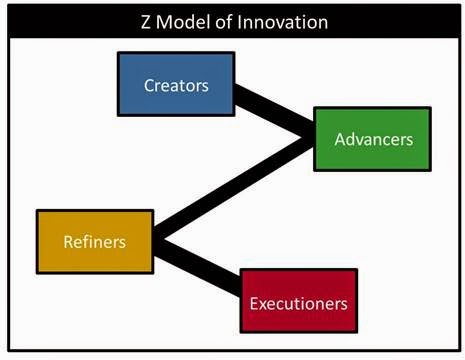 Use the Z Model to encourage innovation. Where are you on the Model? Are you the idea person who sees things differently? Or, are you the one to get others involved on the way to figuring it out? Or, maybe you are the detailed person who likes figuring out how to make things happen? Or, you could be the person who gets it done. Which are you?

If you aren’t the first person, resist the temptation to burst the bubble of an idea. Instead, encourage it to grow. There will be plenty of time to figure out the details and whether the idea could really work or not. But, there’s no chance if our tendency is to stifle creativity right off the bat. Let the creative minds foster ideas.
If you are the first person, resist the temptation to hold on to your ideas too long. You might not be the best person to move an idea forward, so involve others and let them do their part. When the creative thinkers resist the rest of the innovative participants, they stifle themselves.
Someone’s brain came up with Blue Man Group—probably, a team of brains. And, others supported them, and others made it happen. Think about them as you create a culture of innovation at your workplace.
Posted by Kelly Tyler Byrnes at 10:03 AM No comments: